by species of fishes 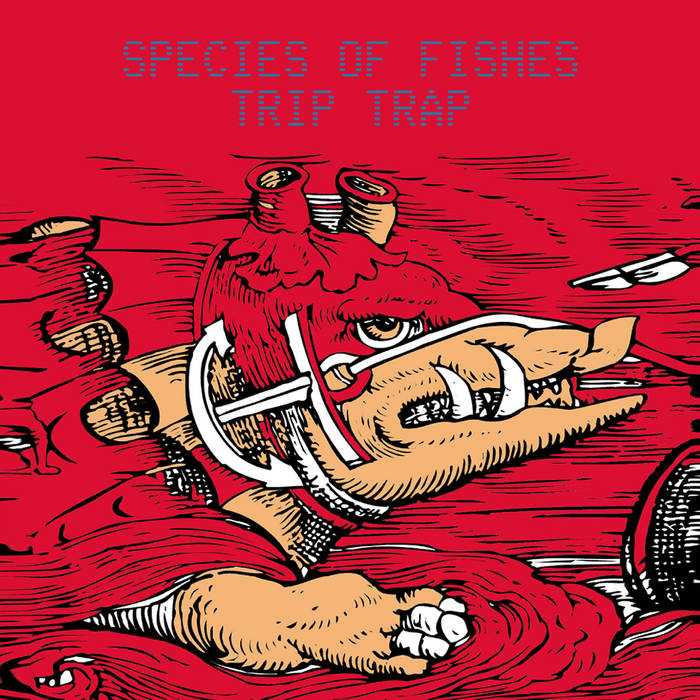 Species Of Fishes was created in 1993 in Moscow during the experimental home sessions of Igor Kolyadny and Vitaly Stern, which resulted in the recording of the Songs Of A Dumb World, a sampledelic album, published on the sublabel of the Dutch Staalplaat - Kormplastics in 1994. It was followed by the album Trip Trap (1996) on the domestic label Exotica, which immediately affirmed Species of Fishes as one of the leading electronic groups in Russia. It is this seminal album that marks the first release of Nina Kraviz’s new label GALAXIID.

GALAXIID runs as a sub label of трип, illuminating the listening side of Nina’s musical taste with a focus on experimental, ambient and psychedelia. As with трип, GALAXIID has a strong connection to art through it’s visual identity, with all the cover artworks drawn by psychedelic artists.

Trip Trap was so ahead of its time upon initial release and still sounds modernistic as it is rereleased almost 20 years later. Here, Species Of Fishes explore different genres of electronics, somehow interpreting them and creating their own unique out-of-genre stylistics, marrying different styles such as breaks and experimental in ‘Health 100%’, electro and ambient in ‘Crash Recovery’, IDM and techno in ‘Bfg9000 vs. Barons Of Hell’. The 10 tracks range from short interludes ‘[Backspace]’ and [Alt+Tab] to more lengthy tracks ‘[The Web]’ and ‘Access Depth’.